Pony art corner! I don't draw ponies as often as I draw other cartoons, but I've done a couple. This is probably the one I worked hardest on - it's the result of my conflict between adoring the art style of FiM... but really disliking the show (sorry FiM fans!) I decided to apply the vector art style to 80s ponies!

This is a reeeeeally low quality version though, as the original is massive.

This is so adorable! :LOL:

I've totally reblogged it on tumblr

Its gorgeous!
I love Fizzy so much!

I love that! excellent job!

Really cool, great job! Lol, I feel the exact opposite of FIM--dislike the art style but love the show.
Last edited: Mar 17, 2013

Yeah, I also love what you did here. Very nice and giving Galaxy some attention is great. She does not show up as much in art but love that you did.

:O this is beautiful!

This is really pretty, and I love Fizzy especially 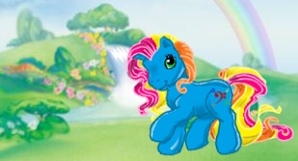 Thanks to SubmarineHallucination for my avatar!​

That is pretty cool.
I've been fascinated by Flash for a decade and a half or so and I've done quite a few projects of my own with it since I've become a hobbyist with it in 2004.

I love the details and everything about this.
Btw, this has me curious about what how much closer Sparkler would look like G4 Rarity if she was drawn in Flash. XD

Star_Flare said:
Really cool, great job! Lol, I feel the exact opposite of FIM--dislike the art style but love the show.
Click to expand...

I like the art style of and some music of AVPP, but don't really like the show.
I like the almost everything about FIM, but the style isn't my least favorite of it. The script, characters and stuff is what I love about FIM.

I'm not usually in the mood to watch FIM as often as MLP&Friends and MLP Tales, though.
There's nothing I hate about any of them, though. That's a bit of a strong word to dercirbe my feelings towards MLP. (Though it does come very close when it comes to A very pony place)

I've never watched whatever G3.5's show was called, but I do know the anatomy of FIM characters are more like them than any other of the generations, although much of FIM's elements seem to come from MLP & Friends.

This is beautiful. I wish they had kept the old style! Great job. I think you should send this to them and I think we should start a petition to bring the old style/ponies back!

The High Unicorn of the Arts

So beauty divine! Awww! I love it very much!

"I knew I belonged to the public and to the world, not because I was talented or even beautiful, but because I had never belonged to anything or anyone else."
~By Marilyn Monroe

I LOVE IT! sorry I have no Idea what fim or flash is........ "scratches head in confusion" I shall use google now to update my net speak
I still draw and color everything by hand myself, but this pic is just SO pretty! I love that they have more color than the original g1s. Love it, love it, love it.
Can I hijack it to use as a wallpaper for my phone? Please?! 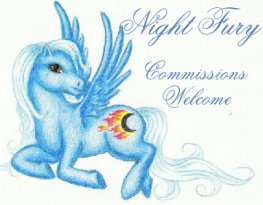 this thread is over 2 years old. the member the started this hasnt been around for nearly 2 years. please check the dates of thread you plan on commenting, we dont need old threads dug back up, especially if the member who started it is not around anymore.
You must log in or register to reply here.
Share:
Facebook Twitter Reddit Pinterest Tumblr WhatsApp Email Link
Top