Favorite MLP And Why?

I was wondering what is your favorite My Little Pony and why?

I can’t ever have just one favourite but here’s my top picks from the Gens I collect:

Spike has always been my favourite MLP character through all generations. G1 obviously my favourite but a very close second is G4 Spike because (at first) he was very much modeled after G1 Spike.

G1:
Shady - She’s always been my number one pony, mostly because she’s the one I played with most growing up. I loved her colours, and her “cool dudette” shades. I also loved her kinda rough and tumble personality as I was frequently categorized as a Tom-boy growing up.

Big Brothers: I love the heck out of them all. I think it’s a lot to do with the fact that they’re Clydesdale horse and my favourite breed of horse. I also love that Hasbro decided to add male ponies and also mold them differently, back when quality meant more to them I guess.

G2:
Clever Clover - I love his unique colours for a MLP

G4:
Pinkie Pie - I love the sheer amount of variety of her toy lines and the fun unique gimmicks Hasbro has done with her. As a character in the show I feel like she had grown the most out of the mane six. I hated her in season 1 but grew to be my favourite tied with the next:

Fluttershy - For me, she’s one of the most appealing aesthetically. I love Pegasus ponies and love that she’s the shy one but also the animal lover of the group. She’s very much me. I am often seen as the “shy and quiet one” when people first meet me, then they learn the true me. I’m far from it. But my love and passion for animals is beyond that.

Lastly I really love Haven Bay and Ploomette. I love the colours Hasbro went for both these toys and they are just beautiful.

Ohhhhhh gosh I can't choose a favorite of anything. But if I had to, G3 Star Catcher would probably make the top of the list, mainly because I have a lot of childhood memories with her and she's just generally really pretty. G4 Luna is also up there; I think her personality is cute and I like how they played out her story in the show.

Sugar and spice, plus chocolate, is nice.

@Skybreeze I adore spike! I always have liked spike. I like the bushwoolies, too. I never got much into breezies.
If I had to pick just one pony to have it would be forget-me-not. She was my favorite as a kid. So many great memories. She's also the only g1 that I would really like to have mib. I like them loose to play with, but, her, I'd like to keep one safe.
Dream list
http://www.mlptp.net/index.php?threads/taks-dreaming-list.110734/

Tak said:
@Skybreeze I adore spike! I always have liked spike. I like the bushwoolies, too. I never got much into breezies.
If I had to pick just one pony to have it would be forget-me-not. She was my favorite as a kid. So many great memories. She's also the only g1 that I would really like to have mib. I like them loose to play with, but, her, I'd like to keep one safe.
Click to expand...

I love(d) the bushwoolies too. But I have this weird connection and sentimental connection with and of Spike. I just adore that he was the babysitter but also a good friend to the ponies always and I love that they’ve kept him through the franchise (for the most part).

Ooh. Tough one. For nostalgia reasons I’d have to say TAF Fifi or TE Fizzy as I think they are two of the first ponies I ever received. But Firefly would have to be right up there too since she was my favorite as a child.

For nostalgia purposes like others have said, I'd have to say Moonstone and Medley. They were my favorites as a child. But now I have a hard time picking just one or a couple because I like so many. At the moment I really like my GITD Princess Royal Blue and my Baby Blue Belle.

When I was a kid it was wind whistler, Gusty and Magic Hat.

Now it's probably Love petal
**Living in China till 9/1/2020, then off to Japan**
Follow my China Adventure --->https://www.instagram.com/midnight_fox_fire/

So Soft Pony, So hard to clean

Surprise and baby surprise. I know Surprise was in the mlp friends series and I love her.
Also love all the play and care sets with the babies I used to play with them alot. Just baby glory,moondancer, firefly, cotton candy, and blossom aside from baby surprise.
When I found out there was a UK honeycomb like surprise only like her britsh cusion from the UK. I was thrilled and I have her and her baby too.

So Soft Pony, So hard to clean

g1 flutterbye. I absolutely love her color, her hair color combination, her pose and all of those put together in 1 pony. plus butterfly symbols dont hurt ether.

All of them. Can I say all of them?

I watched the special so much growing up; & Firefly was always such a rebel. She appealed to the not-so girly girl within me.

She's still my favorite; and I have an army. 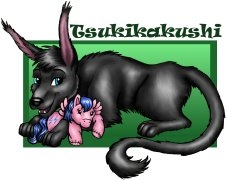 I dont have a #1, but...
G1: Hands down Sugarberry I had one as a kid. I love strawberries aesthetically a bunch too, I think because of her.
G3: Tie between Minty and Rainbow Dash, Minty was my first g3 pony and I love her cute personality. Dashie I fell in love with since *~*Rainbows darling*~*

Probably Butterscotch, because she was my first, but Firefly was always a favourite to play with.

Cast are not fun!

I like G1 firefly and G4 Rarity. Both are just interesting ponies. I like rarity nature and firefly smooth vibe.

G1: Cha Cha (NOT the llama. Or is she an alpaca?) Her colors are just so soft and pretty, her symbol is unique, and her curly hair Is so cute!
G3: Minty. Who doesn't love her?
G4: If we're talking bout the main 6, Rarity. She has the most beautiful design, and I'm no fashion expert, but I relate to her on an emotional level. She's also the focus of my favorite episodes and lessons. If we're talking other characters, Zecora, definitely. She's an interesting character. It's a shame she only got one brushable release, and only a few episodes in the show. Starting this April, however, she will be getting a story arc focused on her in the comics.

Ohh boy. Favorite overall? Or favorite of each gen? That’s quite a difficult question to answer, if you’re asking for the former, OP.

Skydancer! She was my first pony and the one who i have the most childhood memories of. I´ve always thought that her colors are so pretty.

Flurry the Windy Wing Pony was probably my favorite as a child, which is why I chose her as my avatar. I've found pictures I drew of her, and I remember taking her with me on family vacations to the beach. Just good memories!

Also, I haven't seen all of the FiM series, but I've recently started watching it, and I love Twilight Sparkle because I can really relate to her. I have pretty much exactly that personality lol.
You must log in or register to reply here.
Share:
Facebook Twitter Reddit Pinterest Tumblr WhatsApp Email Link
Top