I have been busy working on customs these last few weeks! Aside from Coriander Cumin, who I finished in like...two days, I also have a few more in the works and figured I'd post pics of them! 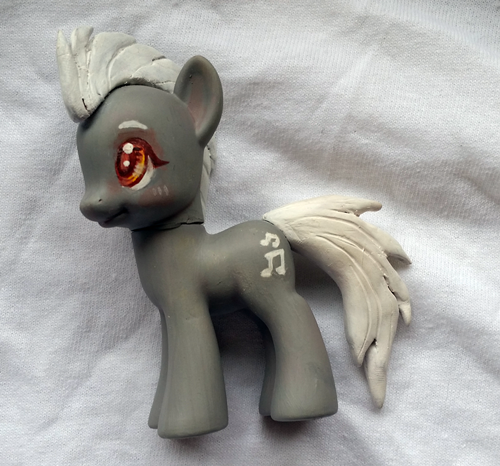 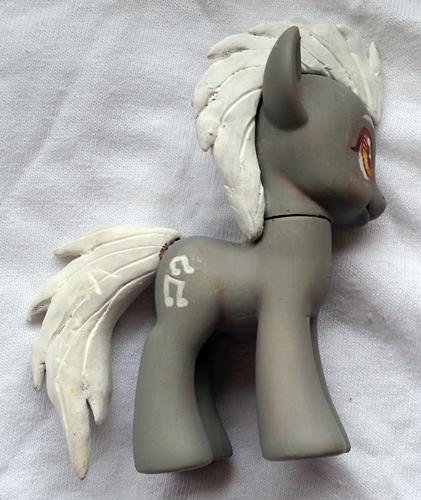 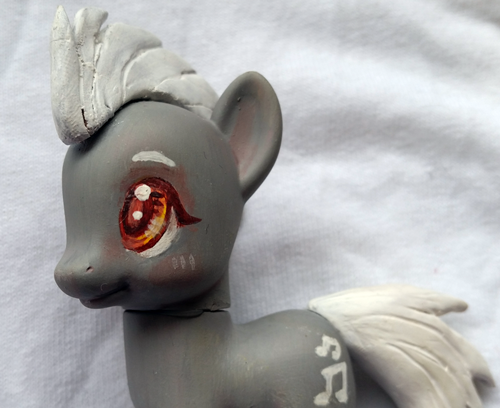 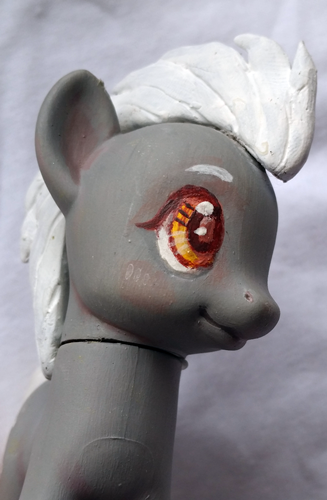 First we have Levon Song, who is actually finished apart from his little glasses

He was kind of an experimental custom. I've never sculpted manes and tails for customs before, so I figured I'd give it a shot. It didn't turn out too badly, but I still think I could've done a better job. Oh well, next time! He was made from a G4 Pinkie Pie brushable, painted in acrylics, and his mane and tail were sculpted from Sculpey. Finally, I added a gloss varnish to his painted details (eyes, nose, lips, symbols) to make them less matte and stand out more, just like the Hasbro factory ponies. 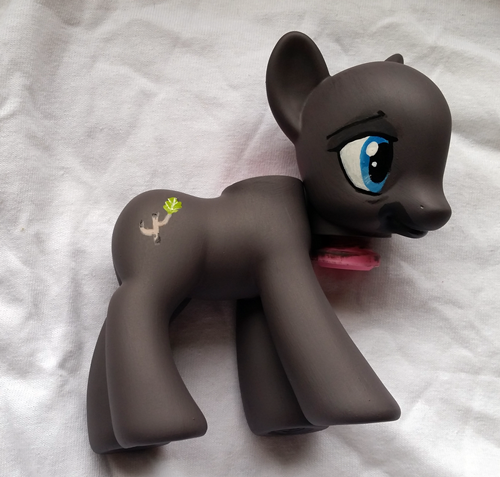 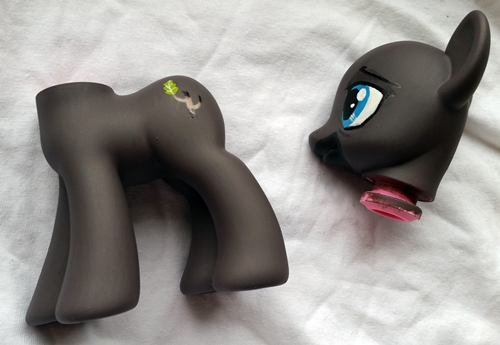 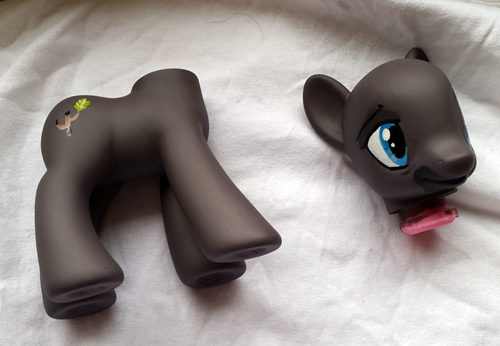 Next, a boy I started and nearly finished yesterday! I have a serious soft spot for background/underappreciated FiM ponies (gee, can't you tell? Literally all my customs thus far have been FiM background ponies) and Burnt Oak is one of my faves! He just has such a nice feeling to him. Also he reminds me a bit of Sam Elliott for some reason, and he's one of my mother's favorite actors. So I decided to do a custom of him! This was my first time using a Fashion Style-size G4 for a custom (I used that extra Pinkie I just got in that shopgoodwill lot recently), and I have to say, they are much easier to work with than the regular brushable size. I highly prefer them. I am super, super happy with how all his painted features came out. I was really nervous about painting his eyes since it would stand out if I made any mistakes, and I think it came out just fine! I decided to try and copy the actual G4 painting style exactly, instead of doing my own thing with the soft shading and blushing as I usually do. I used the same gloss varnish method, and it looks great on him. I need to order him some hair and rehair him still, and get him a bandanna/hat, but he's coming along nicely. Check out my deviantART profile here!​

They look great! I love how you painted their eyes!

https://data.mlpmerch.com/wishlist/ <<< I prefer using eBay so if you have any let me know!

Keeping my head in the clouds

Not currently buying, swapping, or trading